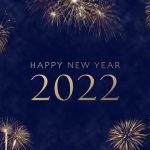 Every Monday until January 31

It is now the month of January and the manger scene is put away; many are returning back to work, and the decorations are slowly coming down, does this mean that Christmas is over? It depends on whom you ask. We may have read the Christmas story over and over from the Gospels of Matthew and Luke, but we rarely moved beyond that. We fell into the same trap as many, we talked about the baby Jesus, but we left Him in the manger. Here is the clincher; there is more to this Christmas story… what about the Wise Men who sought after the Christ child long after the manger/ nativity scene?

According to Matthew 2, it was after the birth of Jesus when wise men from the east came seeking for Him. According to Micah 5:2, they would find the new King in Bethlehem. As you know, the wise men did not have a map to guide them to Bethlehem, but they had something even better. God gave them a star  in the east to guide them. So the wise men followed the star that led them right to Jesus. By the time they found Jesus, Christ was no longer in the manger but in a house. The Wise men (Magi) were overjoyed, when they saw the child and Mary; they bowed down to worship Him and presented Him symbolic gifts, of gold, frankincense, and myrrh.

The Gold was an acknowledgment of a King and the right to rule; a person of importance/ royalty. He was the King of kings. Frankincense- Jesus as the sweet smelling savor… Ephesians 5:2  “And walk in love, as Christ also hath loved us, and hath given himself for us as an offering and a sacrifice to God for a sweet smelling savor.”

Myrrh was a gift of preparation and faith as described in Psalm 22; Christ’s, agony, death and crucifixion on the cross for the one to die- death – used for embalmment- prepared to wrap the body to be buried.

One of the most compelling invitations and profound promises given by the Savior is found in the simple phrase in Matthew 7:7 which states, “… seek, and ye shall find…” Wise men and women today are still seeking Jesus because He is so much more than a baby lying in a manger; Jesus wants us to “Draw nigh to God and he will draw nigh unto you…”James 4:8, and to those who diligently seek him, will surely find Him. Amen.